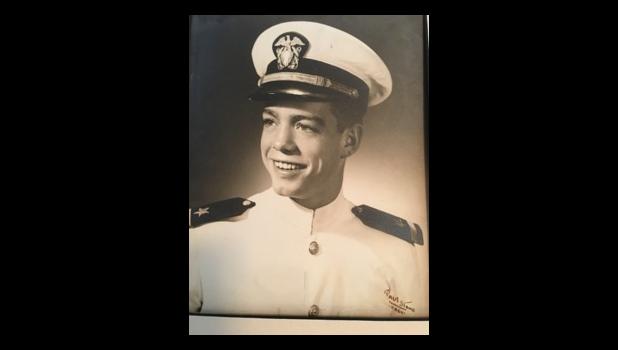 Rosemount, Minn. -  Raymond “Ray” Gerber, age 90, of Rosemount, Minn., formerly from Cresco, Iowa passed away Friday, Dec. 30, 2016 at Regina Hospital at Hastings, Minn. from complications of COPD.
A private interment at Fort Snelling National Cemetery will take place at a later date.
Ray was born in Cresco, to Carl and Gladys (Woodard) Gerber. From a young age, he enjoyed helping with field work and the animals on his grandparents’ farm (Karl and Anna Gerber) on the Turkey River in Vernon Springs, just south of Cresco.
Ray graduated from Cresco High School in 1943 and entered officer training and Navy service in the V12 Unit at Baldwin Wallace College, Berea, Ohio. His midshipman training was completed at Midshipman School Northwestern University in Chicago.
During WWII Ray was assigned to destroyers operating in the Pacific Ocean and later was the executive officer on a subchaser. He was recalled for Navy service during the Korean Conflict and patrolled the Sea of Japan off the coast of Korea.
After graduating from Iowa State Teachers College (now The University of Northern Iowa), he entered an interesting career in the new computer field. He worked for a number of defense systems companies designing software. A favorite was Aerojet in Sacramento, Calif., where he was manager of Engineering and Test Programming on the Polaris, Minuteman, and Titan rockets.
Ray retired from Unisys in Eagan, Minn. in 1987 to enjoy his farm, gardening and trout fishing. His fondness of his home town resulted in frequent visits to Cresco. He refurbished his grandparents’ original home (later his mother’s home) in Cresco to visit with relatives and enjoy summers in his favorite boyhood area.
Ray said he had the good fortune to live on the south side, where this great adventure land was available for observation, exploration and experimentation. Through-out his childhood he lived within one block of the business district, where he wandered frequently and without bounds.
Ray was proud of his home town and its history of having five admirals on active duty in the U.S. Navy during WWII; being the home of Dr. Norman Borlaug, who won the Nobel Peace Prize in 1970 for his work in the Green Revolution, for increasing the production of wheat to better feed the world; having the Iowa Hall of Fame in wrestling (for high school, college, and Olympics - all amateur); and connections to Cresco of Seymour Cray, who is credited with being the master architect of the super computer.
Surviving are his wife, Mavis; sons, Bruce (Ramona) of San Diego, Calif. and Bryce (Kate) of Rosemount; daughters, Jan of Las Vegas, Nev. and Julie Heyer (Monty) of Mankato, Minn.; grandsons, Dan Heyer, Cody Wiles and Nathaniel and Bryan Gerber; great-grandson, Dean Heyer; and close cousins, Marlene Bateman of Rochester, Minn. and Shirley Hudson Berglund (Dennis) of Greenwood Village, Colo.
Ray's great-grandparents, John and Martha Ann (Light) Hallman, were early settlers in the Cresco area.
Editor’s note: Area residents may remember Ray Gerber gave some memories of growing up in Cresco for the town’s 150th celebration.