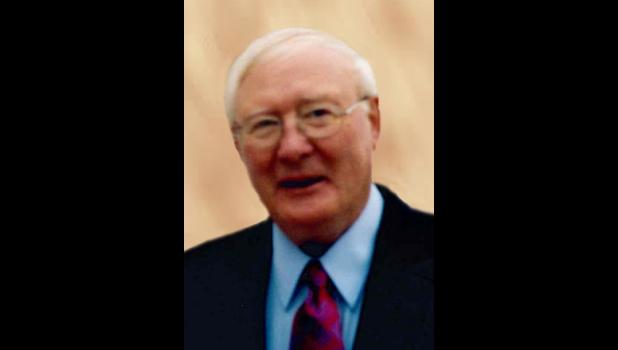 April 19, 1938 —
Jan. 13, 2020
ELMA - Phillip J. “Phil” McCarville, age 81 of Elma, Iowa, passed away on Monday, Jan. 13, 2020 at Colonial Manor in Elma.
Mass of Christian Burial will be held at 2 p.m. on Tuesday, Jan. 21, 2020 at Immaculate Conception Church in Elma with Father Jerry Kopacek celebrating. Burial will be at Calvary Cemetery in Elma. Military rites will be provided by Elma American Legion Post #597.
There will be a visitation to greet the family at the church one hour prior to the funeral Mass. Online condolences may be left at www.conway-markhamfh.com. Memorials may be directed to the family.
Phillip John was born on April 19, 1938 in Cresco, Iowa, the son of Raymond and Zelpha McCarville. He attended and graduated from Notre Dame Catholic Schools in Cresco. Upon completing his education, he enlisted in the U.S. Army, where he was stationed in Alabama.
Phil was united in marriage to Victoria “Tory” Heinemann on Aug. 21, 1958 at Immaculate Conception Church in Elma, where they lived their entire married life. They became parents to Carol and John and grandparents of Jeremy, Jacob and Marva.
Phil attended barber school in Waukon. He bought the Elma Barber Shop from his father-in-law and carried on the legacy for the next 50 years. He also worked at Donaldson Company for 20 years, until his retirement.
Phil enjoyed fishing and collecting trains. In later years, he purchased an electric train set, which he proudly displayed in his home. He also enjoyed the social life of the barber shop. He was a member of Knights of Columbus and Immaculate Conception Church.
Those left to honor Phil’s memory are his children, Carol (Mike) Zobeck of Protivin, Iowa and John McCarville of Elma; his grandchildren, Jeremy, Jacob and Marva (Jeremy); his two great-grandchildren, Tyson and Kamryn; and numerous nieces and nephews.
He was preceded in death by his parents and his loving wife, Tory in 2017.