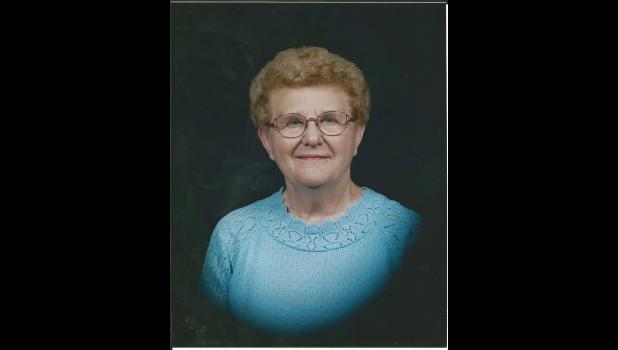 Dec. 28, 1927 —
April 24, 2017
CRESCO -  Marian Anderlik, age 89 of Cresco, Iowa died Monday, April 24, 2017 in Mason City, Iowa.
Funeral services will be 11 a.m. Friday, April 28 at Saratoga Community Church in Saratoga, Iowa, followed by burial in Saratoga Cemetery. Marian Joy Anderlik was born in rural Chester, Iowa on Dec. 28, 1927, daughter of Charles and Anna (Lomica) Anderlik. She graduated from Chester High School in 1945 and went to Luther College to obtain her teaching certificate. She taught two years in a rural school in Howard County. She started teaching sixth grade in Cresco Public School in 1949, later teaching junior high math until her retirement in 1989.
Marian spent many summers and evenings furthering her education, graduating from Upper Iowa University with her Bachelor of Arts Degree in 1960 and later her Master’s Degree from Winona State College in 1969.
Through the years Marian was involved in many volunteer organizations, including 60 plus years in WA TAN YE Women’s Club, Howard County Retired Teachers, Hospice, Women’s Hospital Auxiliary and Howard County Historical Society. She volunteered at the three care centers in Cresco, Meals on Wheels and many other community organizations.
She was given the “Hall of Fame” award for volunteerism in and around Cresco. In 1999 she co-authored the book “Memories of One Room Schools in Howard County, Iowa.” She was interested in everything, including traveling, gardening, bird watching, music, photography, biking, cross stitching quilts and sports. She especially enjoyed watching and listening to her favorite teams, the Hawkeyes, Cubbies, Cadets and recalling her high school “six player” basketball team.
Marian and her housemate, Margaret Lease, hosted exchange student, Kay Wepener, from South Africa for a year and subsequently visited her and her family there. They also traveled several times to Europe, the Holy Land, Egypt and Australia.
Marian’s first priority was her faith in her Lord. She was a life-time member of Saratoga Presbyterian Church and was active in Cresco United Methodist Church, serving on many committees and boards in both.
Marian was a popular figure around Cresco. She is well-remembered and respected by her many students.
She is survived by her brother, Robert (Patricia) Anderlik; sister-in-law, Mildred Anderlik; her nephews and nieces, Jerald Anderlik, Jeffrey (Josephine) Anderlik, Jean (Bruce) Smith, Sara (David) Kizzier, Timothy (Melinda) Anderlik and Sheryl (Paul) Clark; 15 great-nephews and nieces; and one grandnephew, Kobe Hallauer.
Preceding her in death are her parents, Charles and Anna Anderlik; her brother, Harold; her long-time friend and housemate, Margaret Lease; and one nephew, Daniel Anderlik.