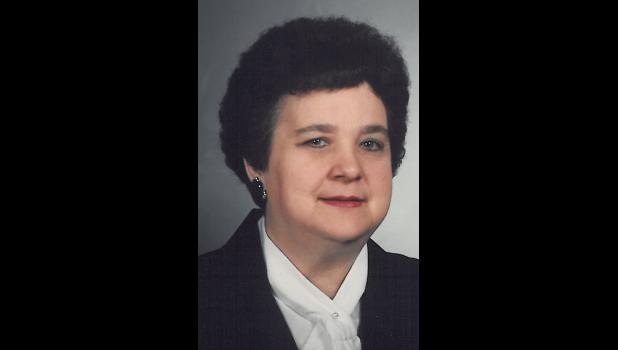 Cresco -  Betty Ann Ihns, 77, of Cresco, Iowa, passed away on Feb. 6, 2017 peacefully in her sleep at Hawkeye Care Center in Cresco.
The funeral service will be held at 11 a.m. on Friday, Feb. 10, 2017 at Notre Dame Parish in Cresco, with Father Dennis Cain officiating. Visitation will be held from 4-7 p.m. on Thursday, Feb. 9, 2017 at Hindt-Hudek Funeral Home in Cresco. Burial will follow the funeral service at Calvary Cemetery in Cresco, where Betty will be laid to rest next to her late husband, Arnold Ihns Jr.
Betty was born in Decorah, Iowa on Nov. 16, 1939 to Paul and Christina (Spalla) Jirak. She attended school and graduated in Ridgeway, Iowa.
Betty met Arnold “Junior” Ihns Jr. at the Inwood Ballroom in Spillville, Iowa. Together they would meet friends and enjoyed dancing. They fell in love and later married on June 28, 1961 at Saint Wenceslaus Catholic Church in Spillville. The couple had three daughters; JoAnn, Lori and Christine. They lived and farmed by Bonair, Iowa, until moving into their home in Cresco in the late 1980s.
Betty worked at Cresco Care Center for many years as the head cook. She then started to work for her son-in-law at his shop, Rick’s Repair, as the office secretary until she retired. Customers came in to visit with Betty and to enjoy the freshly baked goods she would bring with her every day.
Betty was known for her amazing baking. She was best known for her kolaches and other baked goods she would sell at the Farmer’s Market in town for years. She was a wonderful cook who invited family and friends over for full meals. Everyone was welcome in her home, and you never left hungry. At holidays she would invite anyone who did not have somewhere to go to join her and her family. Everyone was treated as family, just as the rest of them. You never knew who was actually family and who was a friend. Betty was a great hostess who loved to entertain at her home. You could always expect a good meal and a hot cup of coffee.
She had a love for gardening and canning. She also enjoyed clipping recipes from cookbooks and magazines to add to her collection. She loved playing cards, especially BINGO. Betty enjoyed traveling with Jr. and with other family and friends. She enjoyed the VIP trips through CUSB Bank, where she was a member. She was a Red Hat member as well. She spent many hours on the family farm, where many parties, summer lunches and much more were enjoyed.
Betty was mostly a proud mother, grandmother and great-grandmother. Family was everything to her, and she loved deeply. Most Sundays were spent at her home, where she prepared Sunday dinner for anyone who could attend.
She spent the last two-and-a-half years at Hawkeye Care Center in Cresco, where she made many friendships and was well taken care of by the caring staff.
Betty was a member of the Notre Dame Parish and was a woman of strong faith and religion.
She is survived by her daughters JoAnn (Rick) Wangen of Lime Springs, Iowa, Lori (the late Mike Simpson) Ihns of Cresco and Christine (Dean) Hron of Cresco; seven grandchildren, Jessica (Tony) Wall, Cody Wangen, Shanna Wangen, Joshua Patterson, Benjamen Hron, Brandon Hron, and Cassandra Hron; four great-grandchildren Ryden, Porter, and Holden Wall and Liam Patterson; brother, Paul Jr. (Sharon) Jirak of Calmar, Iowa; and sister, Lilly (Robert) Blong of Manchester, Iowa.
Betty was preceded in death by her parents; husband, Arnold Jr.; sisters and brothers-in-law, Delbert Ihns Sr., Louise (Bob) McCunniff, Hazel (Bill) Bronner, Gladys (Bill) Terberst, Francis Ihns, LaVern Ihns and Juanita Ihns; and nephew, Kenny Klimesh.