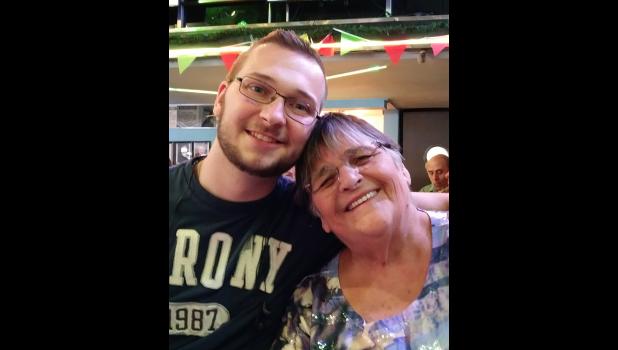 Special movie to be shown

Cresco - One day only, the movie “This Day Forward” will be shown at the Cresco Theatre and Opera House. The movie will be Thursday, Oct. 4, starting at 7 p.m., with a meet-and-greet/autograph session beings at 5:45 p.m. Tickets, popcorn and drink are free due to a sponsorship from Thrivent Financial.
“This Day Forward” is inspired by the true story of a wife and mother of three struggling to keep her family and her faith intact after her husband is diagnosed with a stage three brain tumor. The family lives in Waverly, Iowa, where most of the movie was filmed.
Tickets can be obtained by going to https://thisdayfor ward-cresco.eventbrite.com.
Mike Jensen was a Wartburg professor and led worship at Nazareth Lutheran Church in Cedar Falls.
Extra has local ties
Two Cresco locals know one of the extras in the film . . . their grandson!
Jacob Foster of Hampton, Iowa is the grandson of Margo Malone and Lynda Murphy, both of Cresco. Jacob’s mother, Heather (Chad) (Malone) Foster graduated from Crestwood.
He graduated from Hampton-Dumont and is a freshman at Iowa State University. He was still in high school during the filming of “This Day Forward.”
Heather said, “He did not have to audition to be an extra in this film, but he has been in multiple school and community productions. While in high school, he performed in every drama. He also was selected for All-State in musical theater.”
Movie goers can find Jacob in the barn dance scene.
The actor is currently filming stages of the movie “Run,” where he plays the main villain, an Irish assassin.
“Run” is being filmed in several different locations in northern Iowa.
Disclaimer
The content of “This Day Forward” is heavy/sad. There are two “bad words” used, which are not gratuitous but rather part of the natural expression of a difficult moment, but no violence or sexual issues. Please use your own judgement regarding age of children attending.
Free-will donations will be taken by the director, Brian Ide, following the movie, with three goals: To help get this film out nationwide; to help create additional faith-based stories like this; and assist the Jensens’ with their medical debt.