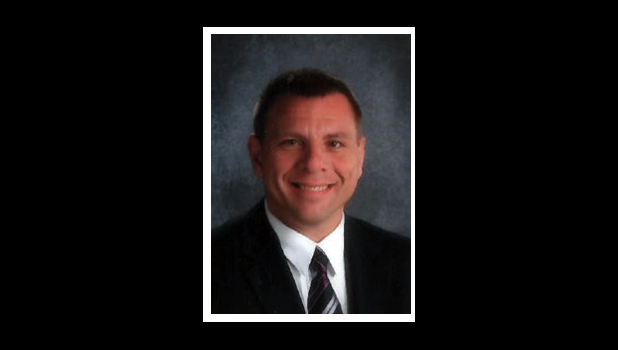 By:
Marcie Klomp News Editor tpdeditor@crescotimes.com
CRESCO - It’s not Supt. Ted Ihns’ first time wandering the halls of Crestwood High School, as he did it in the 1980s when he was a student himself.
But the footprint of Howard-Winneshiek Community School District has changed since then. It is even different from when he was an elementary P.E. teacher in the 1990-91 school year at Lime Springs, Elma and Cresco. Back then Ridgeway still had its elementary as well.
Now all students are in Cresco, either at the K-8 building, constructed in 1993, or at the high school.
One thing that hasn’t changed is the dedication staff feel towards the students, and Mr. Ihns is happy to be home. And he brought his family.
Wife Pam is currently a stay-at-home wife and mom while waiting for an employment opportunity; daughter Kelsey is a senior at Southeast Missouri State, with plans to graduate in May in Pre-Pharmacy; daughter Courtney is a sophomore at Iowa State; daughter Cassidy is a junior at Crestwood High School; and son Peyton is an eighth grader.
After graduating from Crestwood in 1984, Ihns continued his education at Concordia University in St. Paul and Winona State University.
This is his 29th year in education, with 25 of those years spent in the Twin Cities area.
“I’m extremely excited to be back at Howard-Winneshiek Community School District,” the new superintendent stated. “The number one reason I got drawn back home is the district has a great reputation for student learning while incorporating technology. Staff is preparing students for the 21st century. Teachers are thinking outside the box. Students are pushing things. It’s not necessarily traditional.”
That is the outward appearance.
Kids can’t learn without the proper tools. And one of those tools is the adult personnel. “I believe we have an outstanding teaching staff,” Ihns proclaimed. “All of them I have talked to are here for the right reason . . . and that’s for the kids.”
He does not want the district to settle for the status quo. “Our goal is that when every student graduates, they are ready to continue with the next step of their life.”
Ihns notes one of the biggest changes is the teaching and learning aspect of the classroom. “It’s not as traditional, where teachers stand in front and the kids take notes. It’s more of a collaboration. Now students have an opportunity to be in charge of their own learning.”
That goes hand-in-hand with competency-based education, where students can pass by showing they understand the subject matter. Ihns explained the concept.
“Everybody learns differently. The light bulb comes on at different times of the school year.” He said some students or parents don’t understand why the kid doesn’t understand why he or she doesn’t “get it.” Ihns noted, “It’s because you’re in third grade and if you understood, you’d be in fourth grade.” It takes time to learn, and each child learns at a different rate.
Ihns’ goals for the students is to “make sure our kids are successful . . . in the classroom, on the stage, in the field. We want to be a premiere district, and we have that with our technology.”
There won’t be many changes coming out of the superintendent’s office now that Ihns has taken over. He said the direction the district is going is the right direction. He will be here to help solve problems when they arise or change strategies that aren’t working.