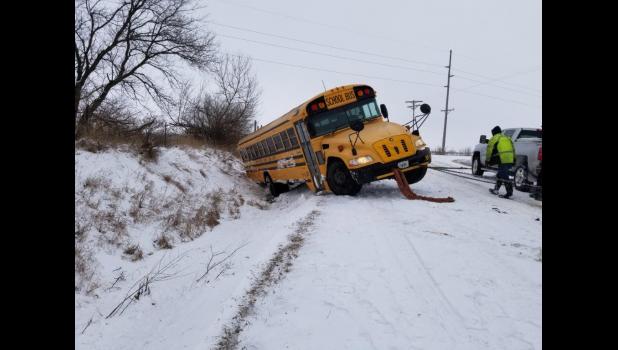 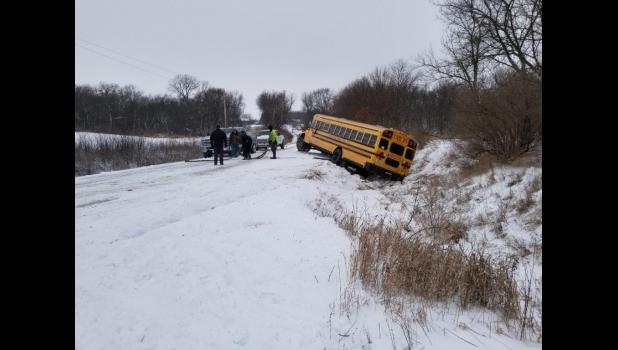 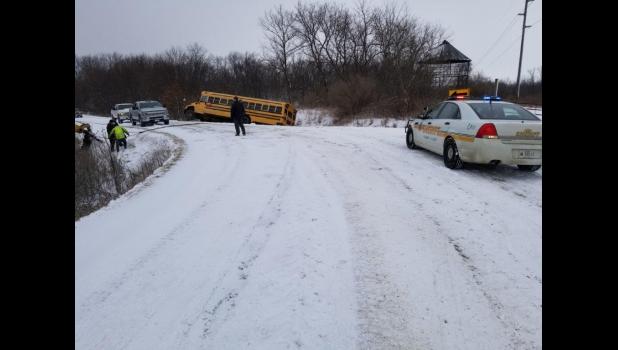 HWCSD bus rolls on side near Lourdes

By:
Marcie Klomp ~ News Editor tpdeditor@crescotimes.com
LOURDES - Howard-Winneshiek Community School District Superintendent Ted Ihns confirmed a bus rolled on its side on Tuesday morning, Jan. 14. He said there were 13 students on board, plus the bus driver.
The incident took place around 9 a.m., after a two-hour late start on the gravel road, Crane Creek, near Lourdes, Iowa. Howard County Law Enforcement Center received the call at 9:51 a.m.
Mark Grinhaug, former Howard County Sheriff, was a substitute driver on the route. Even with lots of experience, icy roads can be hazardous.
Ihns said it was a steep ditch, and the bus tipped over slowly.
No ambulance was called, but all the kids said they were okay. After being transported to school on a different bus, they were checked out by the school nurse, and all were deemed uninjured. Families were also called to let them know what happened.
There was little to no damage done to the bus.
In addition, another bus slid into a ditch near Ridgeway.
With lots of snow coming in the forecast, there will likely be an early out or school closed for the day on Friday. Who knows what Monday will bring?